I have a six country Bucket List in my head. I think it’s more feasible than ‘I want to see every country in the world’. And this list mostly stems out my childhood board game called World Tour. I got it randomly one Christmas. No one in our family was a big traveler person, none of us even liked flags or countries. It must have been in discount pile before Christmas but to me it became a gem. My childhood gem of learning about different continents, countries and flags. My roommates in Spain can testify that these flags went with me. Living in Turku, these flags were a centre stage in my bedroom. I’d look at them, learn them and get an idea of the world. Within these flags I started to have ’favourites’ and they’ve stuck with me in life. And when, in China, I finally started to learn how to save money, these childhood ’favourites’ formed into a small ultimate goals list, my bucket list. And to this day this list lives in my head and I’m dreaming I will get to visit these countries:

1. KIRIBATI
Kiribati (pronounced ‘Kiribas’, ti equals to s in Kiribati) is my absolute favourite flag since childhood. I used to sing in my head “Kiribati seilaa, Kiribati seilaa” (from a Finnish kids song). It’s a small island combo country in the middle of the Pacific Ocean and this is a place that’s said to sink in something like 20 years time. So I never ever thought I’d make it. But I’m happy to say, this one is ticked off. It was an ultimate 30th birthday trip and a dream come true. More on that trip later.

2. MALAWI
This is my second favourite flag. I fell in love with the flag because the sun is ’maalaavi’ (’painting’ in Finnish) the country red as the sun. As a kid I tried desperately to have a pen pal in Malawi, but none of the girls I wrote answered to me. Later on in life I said to Mr Merry that we should have a sponsor child in Malawi to give us a good excuse to visit. But the chosen organisation didn’t have anyone in Malawi, so we went with a Peruvian girl instead. We shall see if I ever make it to Malawi or not.

3. MONGOLIA
I actually had two favourite flags in the game as a child but this country became an interest point to me one Christmas while watching Long Way Round. Ewan McGregor riding a motorbike with Charlie Boorman all the way around the world. Great program to watch btw. In this program they went through Mongolia and I don’t know what it was but I’d never seen such beautiful people in my life. They were just so honest, down to earth, raw beauty and from there on I have had this passion of wanting to see that with my own eyes. While living in China, we were planning a trip to Mongolia but it was during winter and public holidays so it didn’t work out. 19.09.2021 is our 10th anniversary together and we’re hoping to travel back to Jinan, China, to see our old home and Mongolia is once again been lifted onto the plans. So many times Mongolia has been in the drawing board (train ride from Finland to China etc.) but it still hasn’t happened!!

4. BELIZE
So Mr Merry is a bit of a geography nerd (he reads maps when he poops 🤷🏻‍♀️) so he’s always been a good person to play the game with. Only Mr Merry and our friend Simon have given me a run for my flag knowledge. Unfortunately the more flags you know, the more boring the game gets specially to new players. After having kids whilst playing against Mr Merry, I fell in love with Belize flag. And after researching a bit, I found out that this could be a great country to travel with kids. So it earned its place in my top 6 and is now a legitimate dream.

5. CHILE
Chile isn’t really a flag kinda thing, more like a childhood dream. I’ve already written about how this place means the world to me and I love it that I’m connected to it. I’m so grateful that I have seen it a little, although so much still to discover there. I can’t wait to travel to Chile again, soon preferably.

6. BRUNEI
So why only have top 5 when 6 is the best number in the world (according to me)? This country comes from the same date night game night with Mr Merry. I found Brunei flag cool and love the colours. Background information seemed pretty interesting and I said to Mr Merry that I’ll put this country on my top 5 and drop Chile out. He was so angry and annoyed that I always come up with the weirdest reasons to like something and I’m totally unpredictable. He forbid me to get interested in it and promised that this country would not be visited by us just because of a stupid game, but here it is, still living on in my dream destinations.

I hope you all have some weird reasons and dreams you work your way towards to. 2/6 done for me but still feels like it’s going to take years before I get this list done. Maybe one day I can tick this list off. I’d love to hear from your reasons or dreams to travel: leave a comment with a blog link or just a comment with your travel plans/dreams/bucket lists and I’ll have a read! 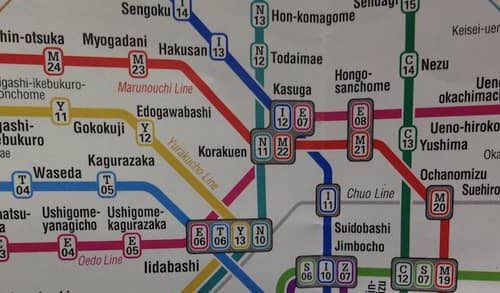