2019 started with a bang. I managed to score my dream job as a cabin crew member at Finnair. I postponed joining Finnair to the autumn because we had decided to visit Australia in the summer of 2019 and the job was not allowing it. We also postponed our dream of moving to France and connecting with the French family, because of this dream. Well autumn 2019 didn’t quite go as planned. Many ways it did, but for some weird reason my manager at Finnair was disliking me a lot. And everything I said or did to fix the situation just escalated it further. I did well in the training course with a course overall marks 4.7/5 but my manager decided that they are not hiring me. So I’m a living proof that you can be good but you still won’t make it. Flying industry is tough and if you’re interested, I can talk about that or my experiences with Finnair in a different post. So when I was on that last meeting with my manager, where she just bluntly tells me it’s a NO today, I had this overwhelming feeling that we need to move to France NOW. Something is about to happen and we can’t hesitate with this plan. Mr Merry was like extremely sad on the phone and trying to ask me how I was and all I could say was “Don’t you get it? We need to go!”.

So 2020 starts and Mr Merry is in full interview mode (flying to Germany for interviews and online interviews). I’m doing research in Marseille area, Marseille airport (travel opportunities, work opportunities etc) and the surrounding areas (schools, living areas, play areas, churches etc). February Mr Merry nails the dream job and all is good to go. They’re helping us to relocate and 1.4.2020 Mr Merry would start the new job in Aix-la-Duranne. From here on things got real interesting and messy. We put our notices in in Finland. Started packing and sorting out all the paperwork. Ordered the moving van and so on. We were moving all of our furniture from Finland to France, because I believed the kids needed the stability of having their comfort toys and things. This was the most expensive part of the move (around 4000€s), but luckily Mr Merry’s new work was going to pay for this. All along whilst we’re worrying about the move and things, Covid-19 is slowly making it’s way to Europe. I was working at Konstan Möljä (The best place to go as a Helsinki tourist to eat some Finnish traditional food) and we were already starting to see the Asian tourists disappearing. Mid March corona was spreading through Europe and country by country was starting to tell about restrictions and closures of shops etc. But we were still moving?

When France announced that they’re closing airports and boarders, we decided to act fast. We were still two weeks away from our moving date, but we had to act to ensure starting the new job in April, so Mr Merry booked a flight and flew to France. The rest of us would make it somehow. 2 long weeks in Finland with my kids at home (day care advised to keep kids home if possible), packing, worrying and stressing about everything. Originally we wanted to sell our car and just fly to France but due to the time frame we didn’t manage to sell the car in time. So we decided to drive it to France. But now we only had one driver left. And still two toddlers under the age of 4. I can safely say everyone told me not to do it. My mum was so stressed, I had to lie to her that I had gotten keys to my friend’s cottage and we were staying there to wait out Covid-19. Moving day comes, we pack the car full and start the journey.

Originally we had planned to drive from Helsinki to Turku, take a boat to Sweden with Viking Line, drive through Sweden, cross bridge to Denmark, drive through Germany and cross over to France. Well due to Corona, Denmark closed their borders so we didn’t want to risk it. So we booked another ferry with Finnlines from Malmö to Travemünde in Germany. This would be night time traveling, so me and kids could sleep and head onwards in the morning again. Before the trip there was a lot of calling around and checking if we’re able to enter all the boats and that they are all still going. Off we went.

In Turku I did a last minute car servicing, so that there wouldn’t be any issues with the car (highly recommend). Crossing the sea from Finland to Sweden was the weirdest trip I’ve ever had with Viking Line. Growing up in Turku, I’ve visited Sweden a lot with Silja and Viking line, but this trip across was something different. The whole boat was like a ghost boat. There were only us, truck drivers and some Romanian beggars returning to Europe. Shop was open for like 30 mins in the evening. I had booked the breakfast buffet for us, because I thought filling up in the morning with the kids would make it easier to drive a good 3 hours without stopping. Yeh the plan was good, but the restaurants were closed. We got a crappy paper bag with a sandwich, yoghurt, juice and fruit inside. And the kids obviously didn’t eat well. Survival mode on and onwards.

Driving through Sweden was probably the best part of this journey. I managed to drive a bit off on the road and took a longer route down to Malmö. But on the road I was noticing a lot of signs towards Örebro, so decided to contact randomly my friend who had lived in Örebro. She too had a kid and I thought we could catch up and reminisce our old Maroon 5 concert memories. Unfortunately she lived now about 40mins away from Örebro and my toddlers were ready to stop, like an hour ago. So I asked for a play area in Örebro to release the wild beast for some running and playing. She kindly helped me to a play ground close to her sister’s flat and asked her sister to meet us and help us out. And this was the nicest thing on our journey! Her sister and husband actually ended up cooking us traditional Swedish meatballs and pasta. Kids played, ate and played some more with their children’ old toys. So when we went on from Örebro, kids passed out happily for a good 2,5h nap in the car. Sweden was obviously the most open country and most ‘normal’, so it was lovely day for me and the kids (merely saying this from a mum point of view, not my Corona views).

Crossing during the night from Malmö to Travemünde went well, although breakfast buffet was the same as on the first ferry. Paper bag with a sandwich and some extra bits. Finnlines sandwiches though were a bit more glorious than Viking Line’s so the kids ate some. I was most nervous of the German border, because we didn’t really have a good reason to enter Germany. I had printed out tons of proof papers from our move and I had contacted the consulate of Germany, if we were allowed to enter. Everyone said it’s risky but we need to just give it a go. So Travemünde border was the one I was most nervous of, but there was absolutely no check at all. We just drove into the country no issues and straight to the autobahns. My mum, who has lived in Germany in her younger years, had explained to me in length that I can’t drive on my own with the kids, because German autobahns were so challenging and dangerous. But I found Germany quite easy to drive in, but obviously the conditions were extreme! There was only me and some truck drivers on the road with a random fast car here and there going passed me. Three lanes most of the time empty so it was quite easy to drive in the middle lane, FAST. I actually got my first ever speeding ticket from Germany on an autobahn. Was driving 145km/h on a 120km/h area. Whoops! But otherwise Germany was definitely the worst day for us. EVERYTHING in Germany was closed. Only the service stations were open and we were not allowed to eat inside. So we’d been sitting in the car all day, and we still got to eat our warm sausages and cheese sticks in the car. On top of this Mr Merry contacted us and told that the hotel we’d planned to stay in, close to the border of France, would not allow us to stay there. So he rerouted us to drive all the way to Strasbourg, France. I don’t know how or why the kids stayed calm this day but they magically did.

Mr Merry decided to reroute us to cross the border to France in Scheibenhard, because he’d read that the Strasbourg bridge was not allowing people to cross easily. And this was a good call. You can imagine the border forcers faces when I roll with my Finnish car full of stuff and two toddlers in the back. With my crappy French, I explained our reasons, showed any kinds of papers (Marriage licence, Mr Merry’s contract, moving papers etc) to prove myself. And we made it through! This was a huge huge relief because everyone, who knew, was nervous about if we’d make it to France healthy. Mr Merry had booked us in to Ibis Strasbourg that turned out to be the best part of the day. The receptionist there really helped us out with closed down France, we got some food and a nice place to rest.

Next day we drove down to Lyon, where Mr Merry’s uncle lives. We asked if we could come and eat lunch at his, so we drove there and Mr Merry’s cousin came to play with the kids whilst I cooked some pasta for us. From Lyon we drove all the way to Aix-en-Provence and finally found Mr Merry. I was so relieved to be reunited with him and was hoping for a big rest. Obviously the rest was not to come since he started work and I needed to find us a home whilst France was in full lockdown. But somehow things were meant to be. We found a home in Gignac-la-Nerthe within the two weeks we’d planned to stay in an airBnB. We lived only one week without furniture (man our kids went through a lot with this move). So thinking back, I don’t know how this journey went so well, but it did. We were really careful not to interact too much or do too many stops (within the limits of keeping kids sane). We drove almost always 3h or more in a row before stopping. We prepared with all the paperwork and Mr Merry followed us up on a map and did research as we drove. We would have done Covid -19 testing if it was possible but back then only sick people could get tested and we didn’t have time to fight the system. We somehow did the journey and now looking back I’m so grateful we made it. Today, knowing what I know, I’m even grateful for that manager for kicking me out from Finnair and pushing us to make this move. 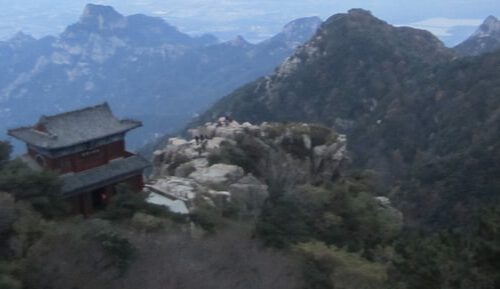 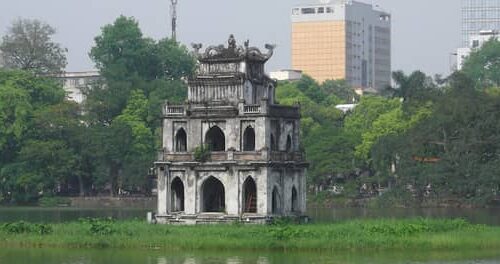