This is going to be a pretty snappy and short post. Unfortunately I have a bad taste in my mouth of Fiji and I won’t go gloating about Fiji too much. Let me tell you what happened: I had decided to travel to Kiribati for my 30th birthday. We had to fly through Fiji to get to Kiribati and, after the little research I did on Kiribati, I knew it was not very developed and it might be a bit rough of a holiday, so we decided with Mr Merry that we’d stay in Fiji after Kiribati for almost a week in a all inclusive hotel. Our plan was to finally sleep well, play games, swim in the sea and the pool and just relax after what we assumed would be rough holiday at Kiribati. Au contraire: Kiribati was A-M-A-ZING (you can read more about it from here) and after that everything in Fiji was a little disappointing.

I know I’m going to get some haters from this post but I’m just stating our visit and our feelings. I’m always excited to see how amazing trips others have had in Fiji. It just didn’t work for us. Right from the start when coming to Fiji: They were stating and shouting “Bula!” everywhere. It means “Hello” but it was a bit too loud and a bit too much in our face. I think couple of first Bulas were fine but then it got a bit too much. We also made the massive error of booking an all inclusive hotel: It was full of families on holiday with their kids. We were only pregnant and big travellers. So we just didn’t belong to the crowd at all (not yet at least). We thought we wanted to relax but in reality Kiribati was so relaxing that we wanted to explore. But due to our choice of hotel we were now stuck in the middle of nowhere and nothing was nearby to be explored. There was a little town near by that we walked around in one day. We met some Fijians in Kiribati so we booked a trip to the capital city Suva to see our friends but otherwise we were stuck in this hotel.

So we were staying in a hotel called The Naviti Resort. The resort itself was absolutely lovely and the first night we were thrilled to be there. Unfortunately the next day we were chilling in our room when a random man came looking in our windows. He looked like a staff member (since they’re all wearing multicoloured Fijian shirts) and I was laughing to Mr Merry that I wonder what it he looking for. So Mr Merry went to speak to him. The man quickly then came up with an excuse of “lamp checking” and moved on. I don’t know if we were just tired or what but none of this clicked in our heads. Since Kiribati was so honest and lovely place, we had totally forgotten that touristic places like these are a main attraction for robbers. So safe to say when we left to play pétanque later that night the man returned and stole all of our money. Thank God he only stole all of our money (in Aussie dollars and Fijian money) and not my cards and passports etc next to the money. He at least had some decency in him. But now we were pretty much broke in Fiji because Mr Merry had insisted taking all the money out in cash because there might not be cash machines available. We also then quickly learnt that the Fijian police are not going to do much about this case and the hotel had no cameras around our room. So at this point we were extremely disappointed, broke, sad and tired of Fiji. I managed to get the hotel to give us All Inclusive status for the rest of our stay for free because of their lack of cameras and security. But of course it didn’t include ice cream and, as pregnant and bothered of the heat, I only ate ice cream: so we still had a big bill to pay in the end.

Suva, the capitol of Fiji, was a pretty nice experience. It had more character to it. It was a lot rougher that we expected but there was some kind of beauty in the roughness. I found the people more approachable and real in the capitol than in our juice-all-the-money-out-of-the-tourists-area. We enjoyed seeing our friends from Kiribati in Suva and had a nice little day out of our all inclusive prison. Fiji is a lot more touristic destination than Kiribati and it comes with it’s problems. We weren’t tuned in with this and it left us with a bad taste in our mouths. But at least pétanque and archery was great in our hotel. We really enjoyed the in your face Bula!-shows every night at the dinner in our hotel. They do try to make your visit enjoyable with different shows and kids had all kinds of fun activities. The pool or sea I didn’t end up enjoying much because I had a pussing cut in my leg. So very unfortunate little holiday in our memories. Wish we would have already been the family we are nowadays and then this holiday would have probably been so much better. 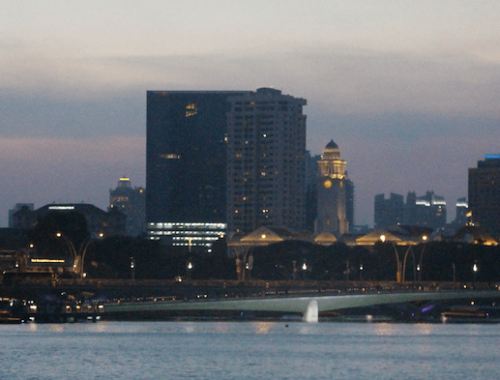 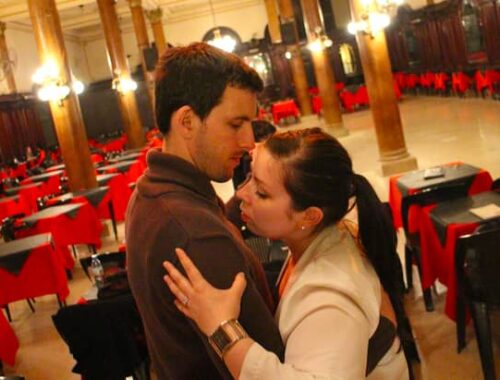 Tango and Whales in Argentina