In 2012 we were about to leave our home in Jinan, China and head back towards Europe. Before doing that we decided that we’d want to travel and explore Asia. So Mr Merry designed a plan to travel through China to the border of Vietnam, cross the border and then keep on going through Vietnam. I had very high hopes for Vietnam but unfortunately the fact that we were coming from China with money earned in China shadowed our journey in Vietnam. Crossing the border actually was pretty rough on us. On the Chinese side of the border we were joking with the owners of restaurant and getting a normal Chinese price (we were ‘Chinese’ after all). Next thing we know is we walked through a bridge and suddenly all prices went up like 10 times. We couldn’t communicate anymore. We couldn’t explain that we were ‘Asians’ and not white travelers with European money. And this continued through all of Vietnam. It was very frustrating when you know what the prices really are but you can’t get anything else than a-white-man’s-price. Vietnamese are also a lot more used to foreigners and what they can get out of foreigners. We definitely missed the welcoming Chinese attitude throughout Vietnam. I got an impression that a lot of people were hurt in Vietnam and therefore knew to keep themselves distant from foreigners. Our frustrations aside, Vietnam was magical. I see why people do hype about it. It has so much history and beauty. Food is delicious and so many things to see and explore. I wish I could say Vietnam is cheap on top but it should feel cheap if you’re coming from Europe or Northern America.

So we started our Vietnam exploration from the border town called Lào Cai. We literally walked through the border bridge from China and walked to the train stations. Avoid taking taxis here because the distance really isn’t far and taxis were asking a little too much. There is one train line from Lào Cai to Hanoi and based on our Chinese travel experience the same distance in China would have been done in an hour or two. So when we got on the train and we asked how long is the journey they said “twelve hours” with a very Vietnamese accent, I decided to understand it as 2 hours. We had hardly any drinks nor food with us. Train left off the station and we very soon realised that we weren’t going to be in Hanoi in two hours. People were walking next to the train at times. Scooters were going past our window faster than what we were doing. There were loads of warning signs in the train about don’t open the windows and be aware of kids throwing rocks etc in. First I laughed about it but, once I realised how slowly the train was rolling, I realised that people throwing object was a real threat. I think we did get thrown stuff too during our 12 hour journey. It was truly the most frustrating and hungry journey of my life. There was no food cart (to my recollection) and we were literally stuck waiting for the train to arrive. So if you ever end up doing this train journey: take snacks, take food, take drinks, take loads of books etc to entertain yourself. We ended up looking so hungry and hangry (that’s Mr Merry) in the train that this lovely woman opposite to us decided to give her rice pouches for us to eat. This was our first real interaction with a Vietnamese person and she was so kind. We were talking to each other that people are good. On this high we decided to take a taxi to our hotel in Hanoi just because the day had already been long and very frustrating. Mr Merry had read that taxis can be a bit of a rip-off around train stations but we were on a high so we had faith that it wouldn’t be so bad. Once we got on to the taxi and it started rolling we realised that the meter was running extremely fast and couldn’t believe the end sum. I got so angry that we took our bags and I gave him what I thought was fair and left. It was about 25% of what he was asking but he didn’t fight me. He took the money and left. So as an advice: just be a bit ruthless with your barting.

Next day we started a fresh and headed out to Hanoi for some shopping, exploring and eating. We quickly realised that the centre was tiny and the taxi had probably been driving us around in circles for a while to add money on the meter. Other than one raging Mr Merry at an apple stand, we didn’t feel like we were being massively ripped off. Hanoi is actually fairly nice city and we enjoyed our walks in the city centre. Our first experience of Vietnam with loads of fancy buildings and war memorials. Hanoi has a lot to offer for a tourist. From Hanoi we took a bus to Hoi An, where we decided to spend couple of days. Samuel had read a lot about Hoi An being beautiful and we wanted to relax by the pool and enjoy the great weather. All my Vietnamese friends have always recommended to get outfits tailored in Vietnam so I wanted to tailor a suit jacket and couple of beautiful rock’n’roll dresses. For this also we needed to stay put for couple of days. Luckily Hoi An had a lot of these tailoring shops and the prices were right. Outcome was good and I’m joining the band wagon of recommending tailored goods in Vietnam. Heat in May on the other hand was boiling hot. We hired bycycles to ride to the sea. I tend to stay in the shadows and bought myself a visor hat quite quickly. Mr Merry on the other hand wanted to explore the beach and the sun and he very quickly found himself with a severe heat stroke. He then ended up spending two days in our air conditioned hotel room whilst I did shopping on my own. There was a moment when he thought he was about to die but he survived.

From Hoi An we continued with the bus to Nha Trang. This place is famous for it’s next to sea location and is super popular amongst the Russians. Everything is written in Cyrillic in Nha Trang (meaning like menus, signs etc..). We wanted to head out to do some snorkeling so that’s why we chose Nha Trang. Just as a by the way: whilst traveling through Vietnam, we realised there’s plenty of amazing locations out there. Could have stopped in so many places. But this was going to be my very first time snorkeling in the ocean and I still have very fond memories of this trip. So many sea creatures to see and for a second I felt part of the sea world. It was a magical experience and definitely the highlight of my Vietnam travels. Plenty of restaurants in Nha Trang and we were able to choose random things to eat. I also tasted crocodile meat for the first time in Nha Trang. Can’t say why Mr Merry chose a crocodile dish but he did.

From our quick visit to Nha Trang we headed out with the bus to Ho Chi Minh City. After the one bad experience with trains I only wanted to do buses in Vietnam. The travel buses are super comfortable and fun to do. I can highly recommend this form of travel in Vietnam. Some unforgettable moments and memories inside these buses. Ho Chi Minh City is super busy and buzzing with life. There’s so many scooters everywhere and people rushing about their everyday life. Such a beautiful city and out of all the cities we visited we felt most welcomed in Ho Chi Minh City. Maybe it was the fact that we’d accepted our white-man-faith better and therefore didn’t feel so bummed anymore. One way or the other we quite enjoyed Ho Chi Minh city. Because we’d been doing quite a bit of shopping and exploring, Mr Merry really wanted more of a historical exploration in Ho Chi Minh city. It was my birthday and I just wanted cakes. So we walked around and ate cakes. It’s not bad is it? Well I surely enjoyed the cakes and walking around. Plus I managed to buy myself a cool helmet for cycling that I carried around through Asia and still to this day ride my bicycle with. After two days in Ho Chi Minh City we continued our journey on a bus towards Cambodia. You can read all about my Cambodia post in here.

Tango and Whales in Argentina 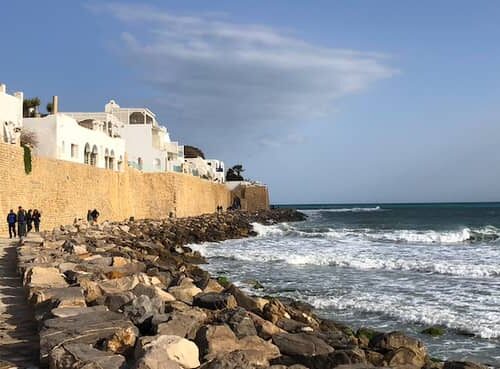 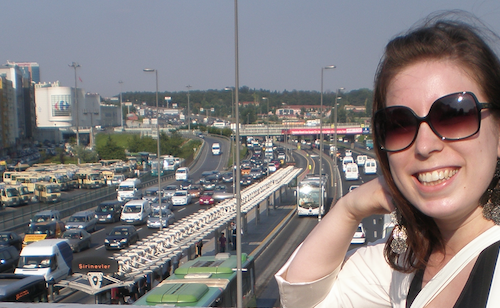 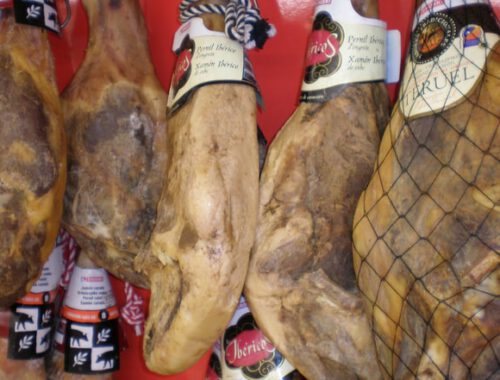